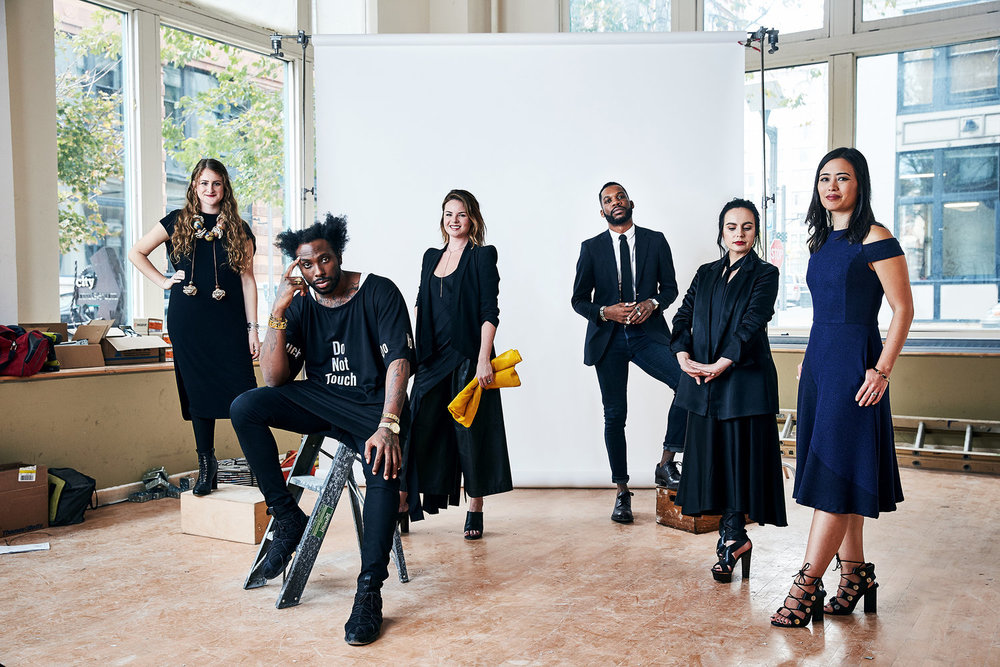 A stylish first year anniversary celebration and special reveal for 2018 is scheduled for this Saturday, January 13, for the Saint Louis Fashion Incubator.

In the last 12 months the Fashion Fund has reached a number of milestones. Six emerging brands from New York, Chicago, Dallas, and Saint Louis moved into the Fashion Incubator and made Washington Avenue their home for designing, selling, and building their businesses.

These young designers have made a splash both locally and nationally, also collecting accolades for the Fashion Fund from Arch Grants, the Rising Star Award from New York Fashion Group International, the Saint Louis Mayor’s Innovation Award, and the A&E Arts Startup of the Year.

Full-scale production takes place in the Berges Family Foundation Fashion Technology Center on the second level of the Incubator. Reuben Reuel’s Demestik line is manufactured exclusively in this space. Reuel has designed for Beyoncé, and all of his clothing as well as other Incubator brands include “Made in St. Louis” labels.

A new production partnership with women’s luxury cape designer Recreo San Miguel, as well as innovative education experiences with Stevens Institute of Business and Technology and Lift for Life Academy have also been formed.

The Fashion Fund has partnered with Downtown STL, Inc. and St. Louis Development Corporation to develop a comprehensive placemaking and branding plan for the Saint Louis Garment District. Twenty agencies from around the country submitted proposals and have been narrowed to six finalists. The final firm will be selected later this month.

The groundbreaking “Creative Process” series was launched with tremendous success, attracting a diverse and talented audience of millennials to the Garment District. These quarterly evenings combine shared creative accomplishments with networking opportunities, cementing the Fashion Fund’s reputation as a catalyst for creative collaboration.

Other accomplishments include producing the original documentary Light Up the Zipper, a history of the Saint Louis Garment District, premiered at the Missouri History Museum; hosting a first-ever Sewing Summit in conjunction with the International Institute and the Mosaic Project to uncover and connect the many talented sewers in the city to manufacturers; and a myriad of collaborations with arts and educational institutions, including the World Chess Hall of Fame, Saint Louis Art Museum, Contemporary Art Museum, Washington University, and Opera Theatre of Saint Louis.

Pictured: Miki’s Closet Fashion Truck was launched with the goal to take the mission of The Saint Louis Fashion Fund out to the community with a comprehensive education program.