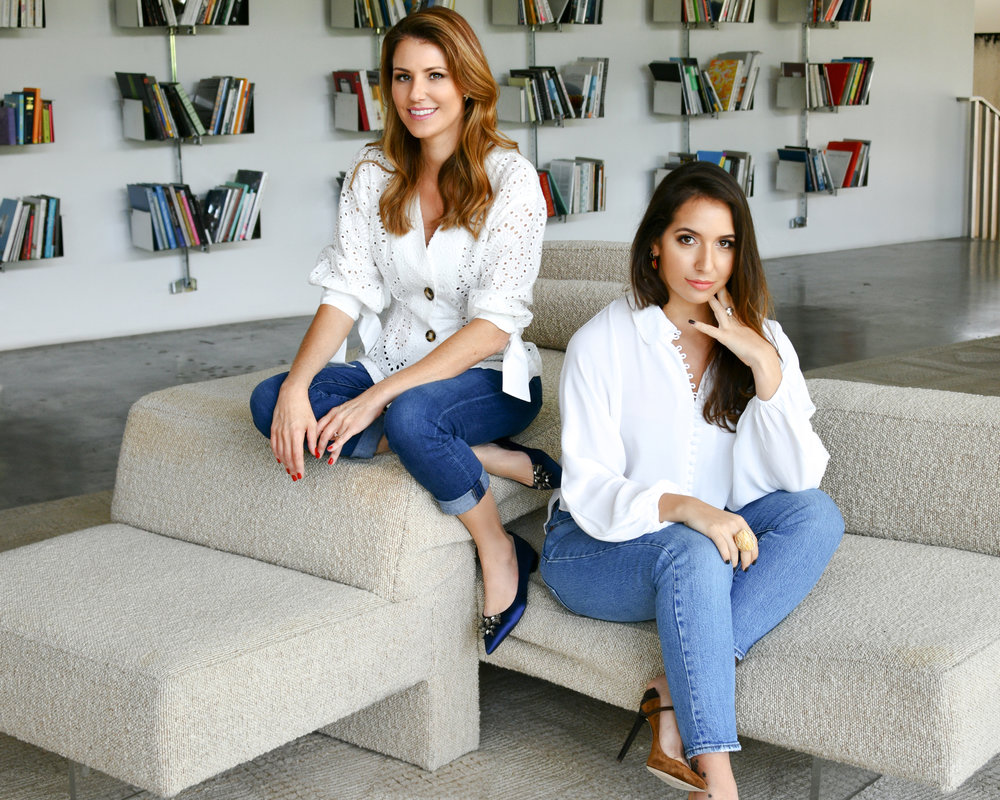 She was in the middle of tending to a situation with customs on the one hand and sitting down for an interview with factorymadeboulder on the other, just a week away from her pop-up event for her fashion incubator, Stitch Lab. Based out of Miami, Rosendo’s Stitch Lab helps introduce emerging Latinx fashion designers to the U.S. market, launch their brands internationally, and provide resources for success.

“Fashion is this world where it feels so hard to attain–and it is. To get invited to New York Fashion Week, you have to be somebody. You have to be like, a super mega buyer, or you have to be important in the media and write for an important magazine. It’s tough. It’s a very exclusive world. What we’re trying to do with Stitch Lab is yes, elevate the conversation in terms of fashion and try to show the best of Latin America, but do it in an inclusive kind of way,” said Rosendo.

Each year the fashion incubator presents an immersive and expertly curated pop-up event where talented fashion designers from throughout Latin America exhibit their collections to wholesale buyers, media, and influencers as well as host panels and workshops for attendees. For their second annual event, entitled, “Oasis: A Fashion Utopia,” Stitch Lab will showcase the work of 36 up and coming designers from countries like Colombia, Ecuador, Guatemala, Honduras, Mexico, Peru, and Venezuela, while covering topics such as sustainability in fashion and the future of media.

“I was always into fashion,” she says. “I always tell this story, but it’s true. My sister-in-law lives in Colombia, my husband is from Colombia, so every time that I would go there, I go two, three times a year to visit the family, she would take me to like these little stores.” Throughout her career in television production, journalism, and digital content creation for networks such as CNN and Univision, the Venezuelan Rosendo regularly traveled abroad to various regions of Latin America. During her travels, she encountered talented designers and procured incredible pieces. When she would return to Miami, she was frequently asked about her latest fashion finds. “That’s when it hit me.”

“I started buying from these designers via WhatsApp. I would look at their Instagram and be like, ‘Oh my God! I love this shirt!’ Then send them a text, and then pay them through PayPal. We have to go through this whole ordeal, then wait two weeks for my shirt to arrive. I thought, ‘No, there has got to be an easier way to bring them here.’ I knew they could create an impact because whenever I would wear anything from these designers people would ask, ‘Where can I get that shirt or where can I get those earrings?’ That’s when it really hit me.”

Rosendo realized there was a need for a platform showcasing the many talented Latin American designers, and connecting them with opportunities for reaching a global market. She began to contact designers she had previously collaborated with throughout her career and with whom she had personal relationships.

Her Fridays became devoted to Stitch Lab; creating the website, making phone calls, finding and confirming designers. “And strangely enough, all the designers approaching me at the time were women. Somos mujeres. Somos Latinas. Somos emprededoras. Somos mamas. Like we have so much in common, and we want to talk to each other, we want to help each other. So, let’s just make it happen.” To help foster the community, Rosendo mixed both more established designers from Latin America with designers previewing their first collection. “I think that’s why it was such a success. There was like this generosity going on where designers want to help each other too.”

Since their launch last year, Stitch Lab has introduced more than 50 Latin American fashion labels into the U.S. market and has gained recognition from its fashion peers. “It was a really small project that took a life of its own.” Last year’s event expected attendance of 300 people–1,500 showed up. “It was pandemonium!

It was crazy! Everyone was so intrigued by the concept of a talent incubator, us supporting Latinas, and bringing these new brands to the U.S.–it was a big hit!” So much so, that after 20 years in television production and journalism, Rosendo went full-time with Stitch Labas of June 2018 while taking freelance work on the side. “It’s a work of love. It’s a labor of love. And bueno, it’s a new stage in my life. It’s weird because I’m tired all the time, but I’m happy.”

For this year’s lineup, Rosendo expanded the event to two days to reach a more substantial, broader audience of Miami’s art and fashion community.

She also enlisted the expertise of Stitch Lab’s fashion director Camila Straschnoy, who has worked as a fashion marketing strategist, consultant, and contributing editor for fashion magazines InStyle and Elle Latin America. Straschnoy’s background of more than ten years in the fashion industry has given Stitch Lab access to direct connections to those within the industry and new talents from less-represented countries like Guatemala and El Salvador. Straschnoy curated this year’s designer lineup of 36 designers whom Straschnoy says “design from a unique point of view and create bespoke pieces every fashion enthusiast loves.”

Together, their mission has also developed into working with brands “that have a social, environmental and sustainable purpose. They endorse designers that use durable fabrics and materials in their creations, while also preserving their native artisanal legacy.” They also hope to highlight at least one designer from every Latin American country which they made great strides on this year. “I know there’s more work to do…We still have to bring in more countries, but the difference between last year and this year is…”

Among Stitch Lab’s supporters are HOLA! USAmagazine, the design school Instituto Marangoni, and the retail giant Macy’s, who will all be participating in panels addressing the ever-changing media landscape, fashion sustainability, and finding your voice to grow and optimize your brand. Macy’shas also partnered with them in providing a private showcase for some of the designers featured at Stitch Lab; with an opportunity to sell their designs to Macy’s. They are currently working on curating the showcase of the Latin American designers. “That is huge! As you can see, it’s not only about the pop-up anymore,” said Rosendo.

For the future, they are exploring the option of holding pop-up events of some type in Los Angeles and/or Texas where there are also large markets and Latinx communities.

Stitch Lab’s mission is to provide a voice that “connects people globally with opportunities to learn, grow and network in the industries of fashion, beauty, and design.” They are working to create an equal opportunity for designers to break into the fashion industry. “Everyone deserves to be represented equally, but I think it’s a work in progress,” says Rosendo. “Como dicen, ‘Vamos bien.’ Pasito a pasito, and I think que vamos por un buen camino.”