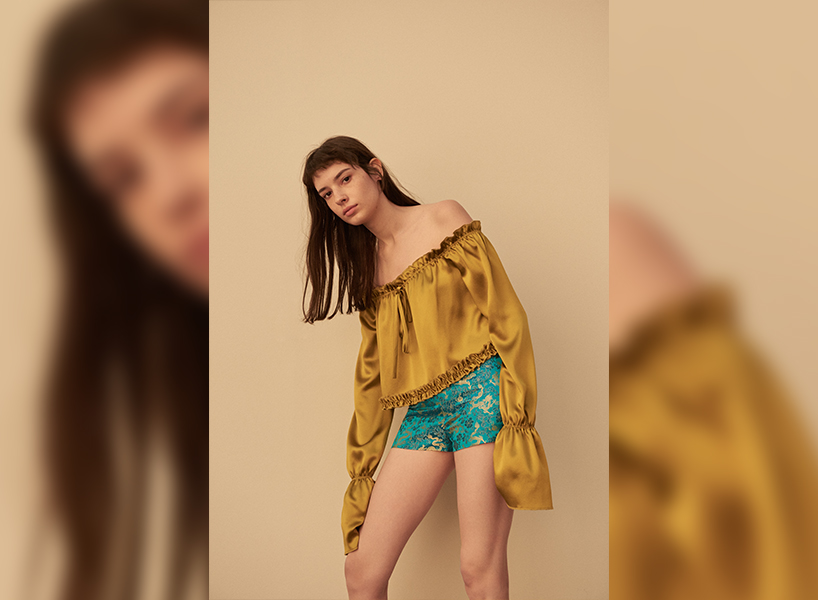 As we’ve covered pretty extensively on this site, getting a clothing line off the ground is very, very difficult — especially in terms of obtaining money, visibility and production and delivery logistics. But typically, that isn’t a major concern for a big department store.

At least that was the case until Olivia Kim started making it a priority to highlight emerging brands when Nordstrom hired her as Vice President of Creative Projects. After launching Pop-In, a shop-in-shop with rotating themes, she opened Space in 2015, a boutique within select Nordstrom locations with quirky furniture and a curated assortment of brands that are smaller and more directional than the ones you’d find throughout the rest of the store. Think Vetements, Comme des Garcons, Jacquemus and Molly Goddard. But with her latest project, Kim is thinking even smaller.

On Tuesday, Nordstrom launches The Lab, an incubator project to showcase and support designers who otherwise may not be able to fulfill the demands of a department store business. New York-based Eckhaus Latta andEricSchlösberg, London-based A.W.A.K.E. andDilara Findikoglu and Paris-based Vejas are the first participants; five new designers will rotate in each season.

“In the first year [of launching Space], what we recognized was there was this under layer of even younger, more emerging brands that I really wanted to support,” explained Kim during a break between shows at New York Fashion Week. “We can really go out there and look for five brands that are really raw and up and coming and may not necessarily be in a place where they’re commercially ready to work with a department store, but we have this boutique space, and we can nurture and bring them in.”

As for what that nurturing entails, specifically, it sounds like it can vary. A big part is exposure: “We give them a platform to be exposed to the breadth of our customers both in store and online, we do that in away that feels really comfortable to them in a boutique environment,” she explains. “We’ve had to challenge ourselves to think like a small boutique instead of a big department store so that means being really high-tech and working with designers and helping them figure out the shipping and logistics that come with working with a big company. That only helps them in the long run if their business grows and becomes a viable business to be able to work with bigger, larger partners down the road.”

It makes sense for Kim, who has long been known for identifying and supporting up-and-coming designers, previously as a veteran buyer for Opening Ceremony. But will the Nordstrom customer care (or notice)? Kim says there will be designated hang tags on The Lab garments that explain the incubator program, in addition to a “zine” on the Space website with bios and photos to tell the designers’ stories.

The Lab is the latest in a slew of instances of bigger companies launching incubator-like programs and/or special, curated shop-in-shops to nurture up-and-coming talent. Lord & Taylor partnered with the trade show Brand Assembly; Macy’s has launched an incubator; Saks’s newish fashion director Roopal Patel has talked about working closely with designers to nurture them; and Topshop and ASOS have launched startup boot camps.

In the department store space, you can list it under ways these struggling retailers (though Nordstrom has struggled less than some others) are trying not to die. “I think it’s happening because it gives each retailer a unique point of view of what they’re seeing when they’re out in fashion week or in the market; it allows the customers to feel that the store they’re shopping in has a personality, a perspective on what’s happening in fashion. It’s a point of differentiation,” explains Kim. “One of my true passions is discovering new talent and supporting them… being a designer is so hard. It’s nice to be able to be a really big store and support young designers in a way that feels really genuine and our customers love it.”